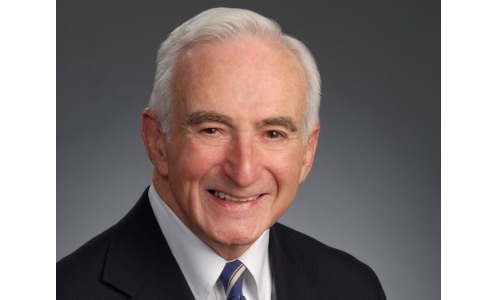 We sadly announce the passing of Joel A. Leyner, a founding partner of our firm.  Joel founded our firm with his father-in-law, Raymond Chasan, in 1957.  By any measure, his legal career was nothing short of extraordinary.  An accomplished trial lawyer, Joel earned a statewide reputation for his legal acumen, integrity and professionalism.  He believed in the law and was rightfully convinced that the law was the great equalizer in our society.  He never hesitated to take on an unpopular cause.  He never strayed from doing the right thing—all the time.

Among his many achievements, Joel was certified as a civil trial attorney by the Supreme Court of New Jersey.  He was recognized as a pre-eminent trial attorney in the State of New Jersey because of his exceptional knowledge and trial skills.  Joel served the Bar, the profession and the community in every manner imaginable and received nearly every honor and position of trust the legal profession offered.

Joel was admitted to practice in New Jersey, New York, and the United States Supreme Court.  He was a Fellow of The American Bar Foundation; diplomate of the American Board of Trial Advocates; on the Board of Trustees of the Association of the Federal Bar of the State of New Jersey; the board of Trustees of the New Jersey State Bar Association serving on eight separate committees.  He was a member of the Board of Trustees of the Hudson County Bar Association.  He was a master and first president of the Hudson Inn of Court.  Joel was appointed to the New Jersey State Commission on Professionalism in the Law (one of only five members appointed); and several Supreme Court appointments to important committees.  Throughout Joel’s career, he received many awards.  Among those are the Trial Bar Award; Trial Attorneys of New Jersey.

In 2006, a new elite category of litigation attorneys entitled “Bet-the-Company” was established designating only 140 lawyers nationwide and only seven lawyers in New Jersey to receive this designation.  Joel was one of the seven.  With this distinction, Joel became listed in “The Best Lawyers in America” under three separate categories:  Bet-the-Company Litigation; Commercial Litigation; and Personal Injury Litigation.  In addition, during his career, Joel was appointed a special discovery master, special fiscal agent, special hearing officer, as well as a mediator in complex commercial and tort cases in over 100 matters in Hudson, Bergen, Essex, Union, and Passaic counties.

Our firm is what it is today because of the foundation that Joel worked tirelessly to build.  He was known by all as the Dean of the Hudson County Bar.  Joel was a mentor to many of us, but more importantly he was a friend to all of us.  He will be missed.

Finally, in addition to his legal acumen, Joel was a kind and generous human being.  He is survived by his loving wife of 33 years, Marilyn Bennett Leyner; two children, Mark (Mercedes) Leyner, an author, and Chase (Herb Alicandri) Leyner, a theater director, four granddaughters, Gaby, Samantha, Francesca, and Olivia; two stepchildren, Jason and Paisley, and her three children, Jackson, Zoe, and Branson.