CLMC attorneys obtained successful verdicts in the first virtual jury trials to ever be held in the Superior Courts of Hudson County and Bergen County.  All related hearings were completed remotely, with the attorneys and jurors using Zoom throughout the trials.

Thomas N. Zuppa, Jr. obtained a no cause verdict in New Jersey Superior Court, Bergen County, successfully defending an uninsured motorist claim against New Jersey Manufacturers Insurance Company.  The matter of Sturm v. NJM was tried before the Honorable Walter F. Skrod, J.S.C., and involved a hit-and-run motor vehicle accident in which the tortfeasor was alleged to be uninsured. Liability was not disputed.  As a result of the accident, plaintiff claimed permanent injuries to her neck and back.  On cross-examination of the plaintiff and the plaintiff’s medical expert, Tom highlighted the degenerative nature of the plaintiff’s condition to show that the injuries were not causally related to the accident or permanent.  The jury agreed that the plaintiff did not sustain her burden of proving a permanent injury causally related to the accident, as required by law.  The claim against the Firm’s client was dismissed.

Two weeks later, Ryan J. Gaffney obtained a no cause verdict in New Jersey Superior Court, Hudson County, successfully defending an underinsured motorist claim against Allstate New Jersey Insurance Company. The matter of Garcia v. Allstate was tried before the Honorable Kimberly Espinales-Maloney, J.S.C. and involved a head-on collision where the tortfeasor was alleged to be underinsured.  As a result of the accident, plaintiff claimed to have sustained permanent injuries to his neck and back. Ryan was able to point out inconsistencies in the plaintiff’s testimony regarding his ability to exercise following the accident and a subsequent knee injury.  Ryan also argued that the alleged injuries were not permanent. The jury agreed and entered a verdict that the injuries did not meet the limitation-on-lawsuit threshold for permanency. Once again, the claim against the Firm’s client was dismissed. 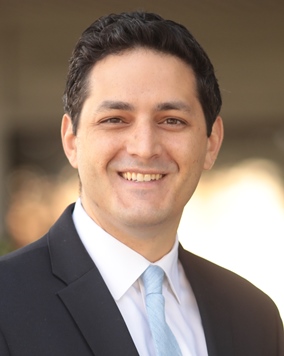