We are pleased to announce that Ronald P. Botelho, Mollie H. Lustig and Cheyne R. Scott have been named Of Counsel to the Firm.

Ron joined the Firm in 2014.  After a clerkship with Civil Presiding Judge Polifroni in Bergen County, Ron joined the Plaintiff’s Personal Injury/Medical Malpractice Department. Ron has excelled in trial preparation and client relations, achieving outstanding results on behalf of those who are seriously injured as a result of negligence of others.  He leaves no stone unturned during the discovery process and subsequent litigation.

Mollie joined the Firm in 2015 after serving as an Associate in other law firms.  She has quickly demonstrated her remarkable skill set in a crossover of specialties.  From family law to governmental law and now to labor law, Mollie has exhibited a unique ability to grasp sophisticated issues and to champion the rights of her clients.  In her preparation of a case, we can best describe Mollie as fearless.  From dealing with her adversary to co-counsel to the Court, Mollie never hesitates to get the job done.

After a clerkship with Criminal Presiding Judge Venable in Hudson County, Cheyne joined the Firm in 2012. Cheyne specializes in public entity defense, public entity representation and employment litigation.  Already a leader of the County Bar Association, Cheyne has developed a statewide reputation for her effective communication to fellow attorneys.  She is a sought after speaker on topics ranging from Unconscious Bias to Mindfulness and Well-being in the Profession and on Employment Law.  The “go to attorney” for the City of Newark in employment defense, Cheyne is a tireless advocate and a formidable adversary. 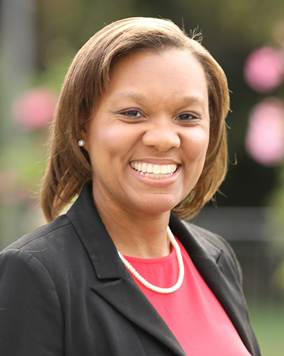